Why Under Promise and Overdeliver is Bad Advice 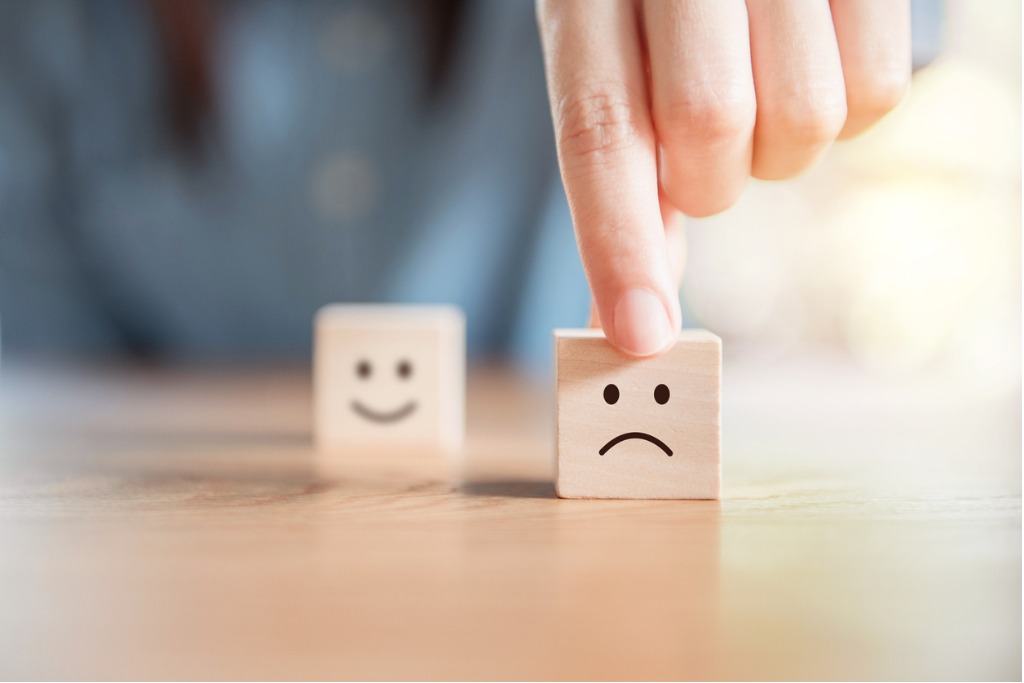 Businesses everywhere take pride in touting their dedication to “under promise and overdeliver.” It’s meant to prove that a company will do whatever it takes to please the customer.

But if we consider social contract theory, is it really such a great idea?

And beyond the theoretical, why is the commitment to under promise and overdeliver killing the profit margin of so many businesses?

It’s because the original concept of under promise and overdeliver was about reliability and integrity, keeping your promise to the customer. But over time, it’s morphed into a commitment to deliver more in less time.

And that’s why it’s killing your business.

Businesses push themselves to provide more bells and whistles than they promised the clients. And to do it faster than they said they would. Because they mistakenly believe this will make the client happy.

But what if, in reality, under promising sets your business up for mediocrity?

And what if focusing 100% on overdelivering negatively impacts your value proposition?

It’s time to question whether the mantra of under promise and overdeliver, as it’s practiced today, serves your business.

The Under Promise and Overdeliver Strategy

At its most basic level, the under promise and overdeliver game plan is a strategy where you deliver clients more than you initially promised. The theory is that if you surprise and delight customers, they’ll feel valued and well served – they’ll be happy customers. And happy customers are repeat clients and free word-of-mouth advertisements.

And everyone wants happy customers.

But, if you use the under promise and overdeliver strategy as the sole driving principle for how you engage with customers, what you really get is massive scope creep, continual turnover due to stressed-out team members, and profit margin erosion because you must constantly deliver more for less.

The under promise and overdeliver concept took off in 1982 after the publication of Tom Peter’s book, In Search of Excellence. And if you read the entire book and incorporate all his ideas as a total system of excellence, you’ll undoubtedly find success.

Unfortunately, it’s easy to forget everything else in the book and just focus on the often-quoted passages about over promising and under delivering. But if you look closely, you’ll see that those passages, when taken in context, refer to perceived reliability and trust, which Peters claims are the top two factors customers consider when making a purchase.

“I was surprised that exceeding a promise produced so little meaningful increase in gratitude or appreciation,” Epley explained. “I had anticipated a modest positive effect, but what we actually found was almost no gain from exceeding a promise whatsoever.”

“Keeping a promise is valued so highly, above and beyond its ‘objective’ value,” Epley continues. “When you keep a promise, not only have you done something nice for someone, but you’ve also fulfilled a social contract and shown that you’re a reliable and trustworthy person.”

According to Epley, the bottom line is that exceeding a promise may not be worth the effort you put in. “Invest efforts into keeping promises, not in exceeding them,” Epley says.

This advice not only applies to social experiments but also applies to businesses. Companies should prioritize resources to ensure they do not break promises rather than trying to go above and beyond.

“Behaving fairly toward others is the critical point,” Epley explains. “Beyond being fair, generosity does not seem to be valued as much as one would expect.”

So, an under promise and overdeliver strategy is unlikely to produce the return on investment you’re looking for.

Essentially, under promising involves telling a customer what you will do for them when you and your team know that you can do better.

It doesn’t signal a commitment to excellence. It’s a bait and switch game you engage in to make your business look better.

This is an interesting strategy when you consider that the top two criteria for buying are trust and reliability.

Customers want to know that they can rely on your business to deliver exactly what it promises every time.

In short, they want to get what they paid for.

While freebie add-ons and early delivery are fine, if it’s not what drives their purchase decision, why are you investing time and money on it?

But you want to give the impression that your business is better than the competition. So, you under promise by padding the time for service delivery and overdeliver by delivering the service earlier than you said you would. Then you throw in a few extras as part of the deal thinking, that will result in repeat buyers.

But what you’re really doing is training your customers to expect more than you say you’ll deliver. Every time. So, with each purchase, they have increased expectations.

It’s like a kite that keep’s going up and up but never comes down. And if I does happen to break under the strain and fall, your customer is crushed. They wrap up their broken expectations and go off to find themselves a different kite.

The under promise and overdeliver mantra can also be a symptom that you lack confidence in your business’s ability to compete in your niche.

Do you secretly doubt the ability of your business to offer better services than your competition?

Or it could be more personal. Maybe it’s a symptom of imposter syndrome as a successful business owner.

Are you offering extras because you’re worried your work isn’t good enough to stand on its own?

If you believed that you and your business were “enough,” you’d feel confident standing your ground. You’d take your best Yule Brenner in The Ten Commandments stance and say, “So let it be written, so let it be done.” You wouldn’t cower and give away Egypt to every customer that comes before Pharaoh.

Set up for Mediocrity

The reality is that the under promise and overdeliver approach is about looking good, not being good. It’s a communication and execution strategy to set customer expectations low, so it’s easy for you and your team to exceed them.

You’re purposefully committing to a lower standard of excellence so that when you deliver what is, in reality, an average product or service, it looks better than what you promised.

And that’s a setup for mediocrity.

A long-term strategy of overdelivering erodes your profit margin. In any business, time is money. (Don’t you just hate business cliches that are actually true?)

Customers begin to expect more as part of your routine, so they start making unrealistic requests. They have increasingly higher and higher expectations, and eventually, you just can’t climb that mountain.

It’s a constant game of one-upmanship where you always deliver something extra for the fee you charged. You’re training your customers that your services aren’t worth what you said.

What if you stopped playing shell-game communications and delivering mediocre execution and just delivered what you said you would?

What if you were that business with a reputation for doing exactly what it says it will every time?

And that’s their primary motivation – they have a problem that you can solve.

Identify the aspects of your product or service that are the most valuable to your customers, and make sure you can hit that bullseye every time.

Because that’s what customers want.

Looking for a little advice about how to meet customer needs? 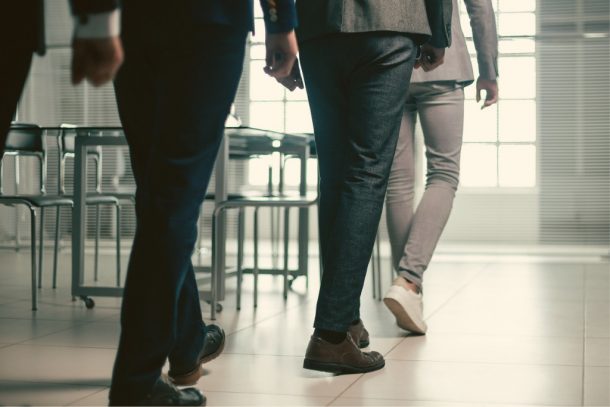 In the last few years, we’ve seen an increase in business consultants quitting their consulting practice to pursue other opportunities. Many of these people are responding to the same issues that triggered the Great Resignation for employees – and it’s no coincidence. That’s right; the Great Resignation isn’t just a thing of the past -…

Let’s face it: when starting a new business, you have a lot on your plate. You’re juggling a million different projects, managing all kinds of teams, and trying to deliver a product or service that people love. It adds up fast, and before you know it, you’re not getting to everything that needs to be… 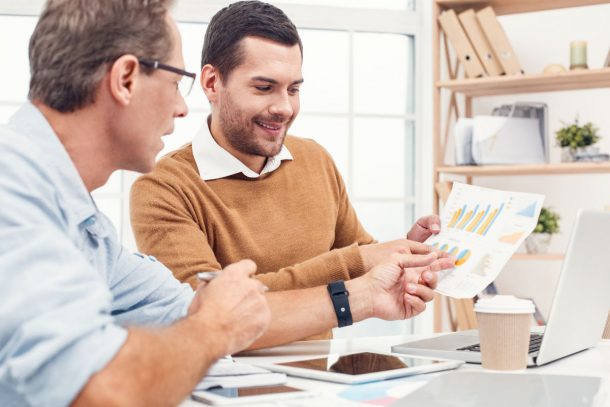 Okay, so you’re running your business on the day-to-day, and things are going well. But you know that they could be even better. You reach out to a few successful business friends to ask what you can do better. You mention that you’re wondering if you need a strategy or a plan to grow your… 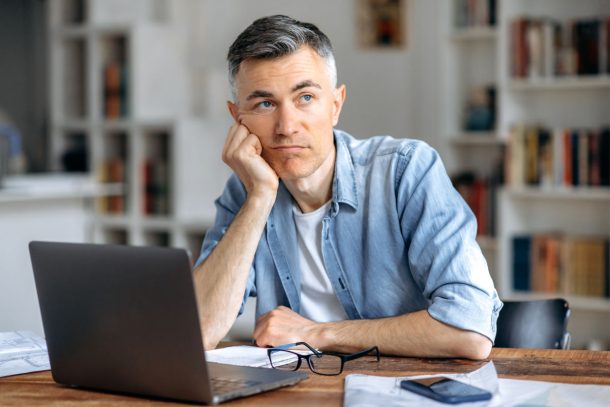 Continue Reading Does Your Business Have a People or Process Problem? 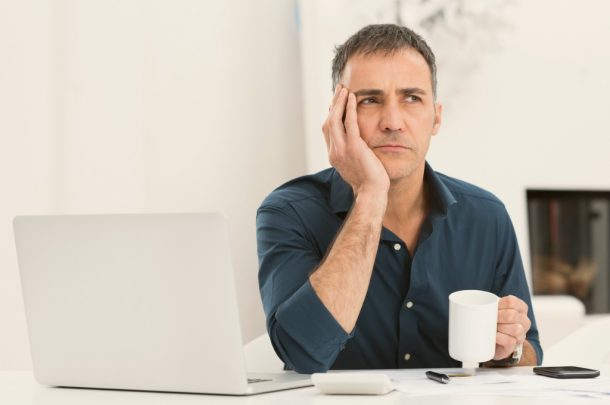 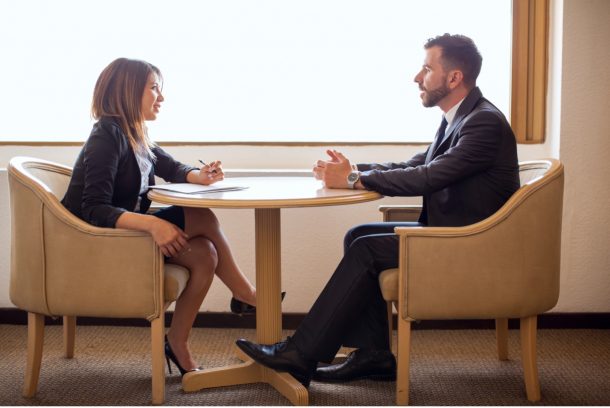 So, there you are, stuck at your desk late at night, overwhelmed by all the emails, calls you should return, and tomorrow’s list of non-stop meetings. You realize that you’ve been working 60+ hours every week, never taking a weekend off, and missing out on time with loved ones. You think it might be time…

Continue Reading How to Successfully Hire a Fractional COO